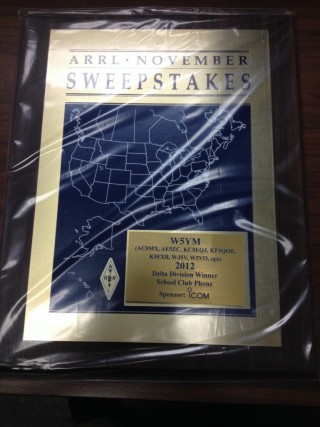 This week W5YM received our official plaque for the 2012 November Sweepstakes.

We had a great time and everyone had an opportunity to participate. A special thanks also to Ken, N5EE, who stopped by the Shack during the event and gave some operating pointers to students that had previously never participated in Sweepstakes.